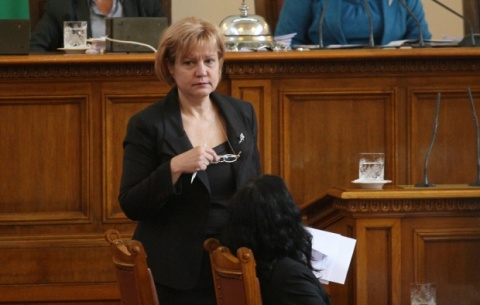 Menda Stoyanova, Chair of the Parliamentary Budget Committee from the ruling GERB, is the new Deputy Speaker of the Bulgarian Parliament. Photo by BGNES

Stoyanova is the Chair of the Parliamentary Budget Committee from the ruling, center-right Citizens for European Development of Bulgaria party, GERB.

She became the Deputy Speaker of the 41st General Assembly after Anastas Anastasov from GERB was elected one day earlier member of the Constitutional Court from the parliamentary quota.

Immediately after the vote, the Speaker of the Parliament, Tsetska Tsacheva (GERB), signed an order to include Stoyanova in the leadership of the Thursday session.