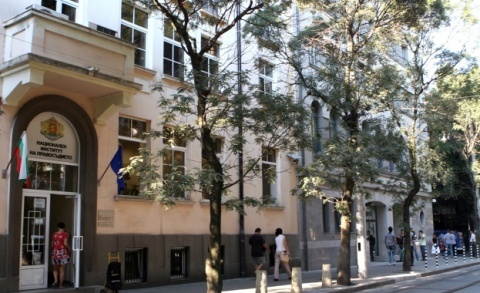 The latest EC report on Bulgaria's progress on justice and home affairs has exposed the inefficient practices of the Supreme Judicial Council. Photo by BGNES

The hearings start at 9:30 am and will be broadcast live online.

The two candidates are the incumbent NIS Head, Boyko Naydenov, who is also a Deputy Chief Prosecutor, and Evgeni Dikov, a prosecutor with the Supreme Prosecutor's Office of Cassations.

Naydenov, whose term expires on November 12, has been nominated by 7 VSS members, including outgoing Chief Prosecutor, Boris Velchev.

Dikov is nominated by 5 VSS members.

One day ago the European Commission announced that Bulgaria might face an interim report on justice and home affairs in case "the situation requires it."

The spokesperson stated EC is alarmed by the latter and intents to monitor very closely processes in the Bulgarian justice system and to reflect them in the next monitoring report under the Cooperation and Verification Mechanism, CVM.

In answering questions from the media, Bailly stressed that EC expects from Bulgaria to adhere to European standards in the forthcoming election of Chief Prosecutor and Chief Investigator, and in all other judiciary appointments.