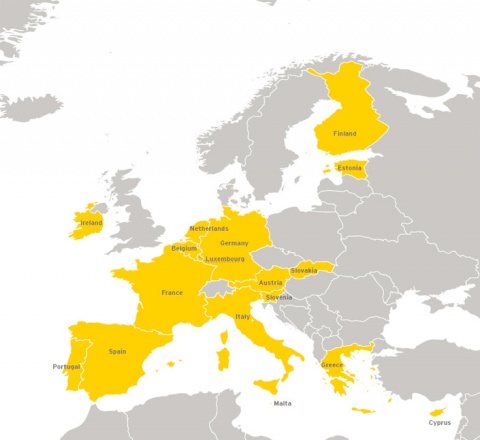 The rate reported by Eurostat, the EU's statistics office, was up from an upwardly-revised 11.5% in August 2012, a sign the economy is deteriorating as governments struggle to get a grip on their three-year debt crisis.

In total, 18.49 million people were out of work in the euro zone in September, up 146,000 on the previous month, the biggest increase in three months.

While the euro zone's unemployment rate has been rising steadily for the past year as the economy struggled with a financial crisis and government spending cuts, the United States has seen its equivalent rate fall to 7.8%. The latest US figures are due this Friday.

With the euro zone economy fading, most economists think unemployment will keep increasing over the coming months and that the deteriorating economic picture will soon spook investors again after a brief hiatus.

Five countries in the euro zone are already in recession - Greece, Spain, Italy, Portugal, and Cyprus - and others are expected to join them soon.

The region as a whole is expected to be confirmed to be in recession when the first estimate of euro zone economic activity in the third quarter is published mid-November -- a recession is officially confirmed after two consecutive quarters of negative growth.

Once again, Spain held the ignominious position of having the highest unemployment rate in the euro zone, at 25.8%. Greece may yet surpass that - its unemployment rate mushroomed to 25.1% in July, the latest available figure, and is due to increase in the face of what many economists are calling an economic depression. The country is forecast to enter its sixth year of recession next year.

Both countries, which are at the heart of Europe's three-year debt crisis, have youth unemployment above 50%. That risks creating a lost generation of workers and is straining the countries' social fabric. Extremist political groups in Greece and regional separatist parties in Spain have grown in popularity as the economy worsened.

Concern over the social impact of unemployment has also weakened governments and hobbled political decision-making.

In Greece, the three parties in the coalition government have tried for months to agree on an austerity package that is necessary for the release of bailout loans to prevent the country's bankruptcy.

The lowest unemployment rate in the euro zone was Austria's 4.4%. Germany, Europe's biggest economy, has a jobless rate of only 5.4%.

Separately, Eurostat reported that inflation in the euro zone fell modestly to 2.5% in the year to October, from the previous month's 2.6%. Inflation is still above the European Central Bank's target of keeping price rises just below 2%.

Above-target inflation has not prevented the ECB cutting its key interest rate to a record low of 0.75%, but few economists think financially-strained consumers will get any more help from the bank at next week's monthly policy meeting.