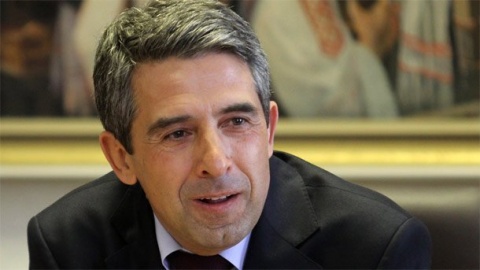 Bulgarian President Rosen Plevneliev has scheduled the referendum for January 27, 2013. Photo by BGNES

The pro-Belene party launched a petition for a referendum on the Russian-Bulgarian project's fate after the ruling centrist-right GERB scrapped the project in March. The original question of the petition was: "Should nuclear energy be developed in Bulgaria through the building of a Nuclear Plant at the Belene site?"

However, GERB's parliamentary majority decided to edit the question, removing any specific reference to the Belene project. The ruling party stated that a referendum on a particular project would be unconstitutional.

The edited question, which was proposed by GERB, postulates: "Should atomic energy be developed in Bulgaria through the building of a new Atomic Plant?" – and it is the question that will be answered by Bulgarian voters on January 27.

For the vote to be considered valid, the turnout must match the 60% turnout of the last general election in the country– which would be highly unlikely, according to analysts.

Last month recently registered US consortium Global Power Consortium expressed interest in taking over the project to install two 1,000 megawatt nuclear reactors at the Danube River town of Belene and build it without state funds or guarantees. The companies behind the consortium are yet unknown.