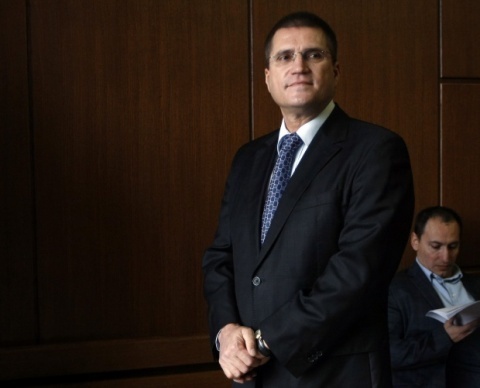 The other two defendants in the case, former Chief Secretary of the Finance Ministry Tencho Popov and Judge Petar Santirov, have been also acquitted, according to the Focus news agency.

Last week, the Sofia Prosecutor's Office demanded a 7-year prison sentence for Tsonev, 6 years behind bars for Popov and 5 years for Santirov.

Tsonev, Santirov and Popov have been charged with attempting to bribe investigator Petyo Petrov with EUR 20 000 to get a positive outcome of another investigation against Tsonev.

Tsonev, member of the former three-way coalition cabinet (2009-2009) was arrested in April 2010. He has been already cleared of malfeasance charges for alleged crimes committed in 1999. The former Defense Minister was also acquitted on a count of criminal breach of trust committed in 1999 in his capacity as an employee of the Defense Ministry.