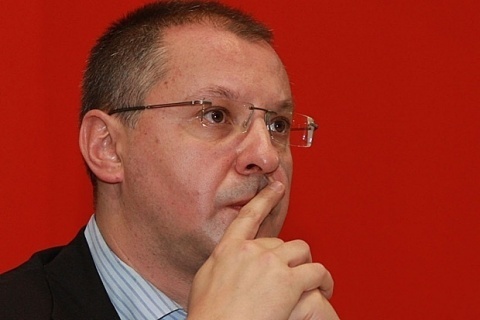 Bulgaria's draft state budget for 2013 tabled by the center-right GERB cabinet is inept and opens no new perspectives for the country, argued Bulgarian Socialist Party and PES President Sergey Stanishev.

"The cabinet's draft budget for 2013 largely repeats budgets from last years and will lead to no palpable positive results," argued the socialist leader.

"In spite of talks about spending cuts, the GERB cabinet has spend BGN 17 B more than the previous cabinet headed by me. Why is there no money to stimulate business and help the most vulnerable?" asked he.

Stanishev described the forcasted growth of 1.9% for 2013 as both meager and unrealistically high given trends.

"The key priority in our alternative draft budget is economy and employment," said he.

Stanishev also added that the cabinet's promise to raise retirement pensions just ahead of elections next summer is insulting, as the last minute raise does not even cover accumulated inflation.