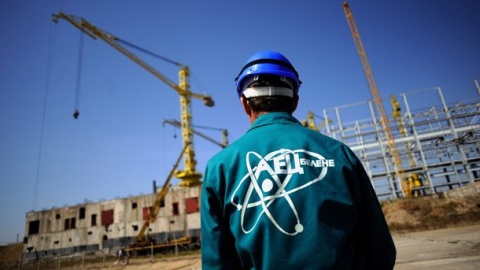 Pre-election machinations may be behind a decision by Bulgaria's parliament this week to hold a referendum on a nuclear power plant.

The referendum, to be held in January, follows the government's March decision to cancel the development of the Danube-side Belene nuclear power plant (NPP), in which Bulgaria had already invested 1.4bn levs (5m), with one reactor already completed.

The Belene project has been one of the longest-running sagas in Bulgarian politics, first proposed in the 1970s under communism. Construction started in the 1980s but was then halted until 2008, when the government, then dominated by the Bulgarian Socialist Party (BSP), awarded the construction contract for the 2000MW plant to Atomstroyexport, a subsidiary of Russia's Rosatom.

As several energy analysts told beyondbrics at the time of the cancellation, the project had become economically unfeasible, given pressures on the national budget, the spiralling costs (variously estimated at between €4bn and €10bn-plus) and the outlook for power demand, with Bulgaria's population shrinking and power prices on the rise. Concerns had also been raised about the baleful influence of Russia, which already supplies almost all Bulgaria's gas.

The vote was called after a petition orchestrated by the BSP, now in opposition, gained nearly 545,000 valid signatures, crossing the half-million mark that automatically triggers a referendum. Parliament, dominated by the governing Citizens for the European Development of Bulgaria (GERB), only has the scope to determine the wording on the ballot.

Intriguingly, the government removed any specific reference to Belene, merely offering citizens to vote for or against a "new nuclear energy plant". Arguably – and if the referendum is passed, lawyers will be all too willing to argue – this could include the addition of new reactors to the existing Kozloduy NPP, upstream from Belene. Should the need arise for a considerable amount of extra power, adding more capacity to Kozloduy may prove more economical than pushing ahead with Belene.

What the outcome actually will be is unclear. Nuclear power was once a hot-button issue in Bulgaria. The closure of two reactors at Kozloduy as a prerequisite for EU accession in 2007 was deeply unpopular, and for many years, public opinion was solidly behind the development of Belene. However, recent polls have been somewhat more ambiguous, suggesting that support is waning, with perhaps a third of voters strongly in favour of a new NPP.

In any case, it seems likely that the referendum is declared void. For the vote to be considered valid, the turnout must match the 60 per cent turnout of the last general election, setting a high hurdle of more than 4m voters bothering to cast their ballots. A recent poll suggested that more than 40 per cent of the electorate is unaware that the vote is happening at all. And even if the referendum is in favour, and is validated by turnout, the government is not bound to any timeline for further NPP development.

So: a rather open-ended question on a topic that is hardly constitutionally vital, and indeed regards a project widely seen by experts as dead in the water, put to a referendum which may well be invalid anyway. It seems rather a lot of effort, and (as GERB has pointed out) cost to go to for a country with other pressing challenges and not a lot of cash in the coffers.

Political and energy analysts in Sofia suggest that the exercise should probably be seen in the context of the general election next year, in which GERB will be challenged by an apparently recovering, if not resurgent, BSP. By forcing the referendum, the Socialists have resuscitated an issue that energises their vote base and attracts considerable support beyond it, as well as rallying Bulgaria's influential pro-nuclear and pro-Russian interest groups. The party may also be wishing to highlight the government's prevarication on Belene, not the only area in which it has proved indecisive. But by deleting the Belene specification, GERB can avoid a "yes" vote being seen as a defeat, and indeed obtain wiggle room to paint itself as a pro-nuclear party – and keep options open for possible Kozloduy development at a later date.

"All in all, this is inter-party competition and positioning before the elections," says Daniel Smilov at the Centre for Liberal Strategies, a Sofia think-tank. "The BSP wanted to get people to against the GERB decision to discontinue the Belene project. Now GERB wants to massage the question in such a way that it's possible to read it in its favour as well."

Not an entirely pointless exercise, then – if you're a Bulgarian politician.