Notorious Varna Police Spokesperson Yet to Be Fired 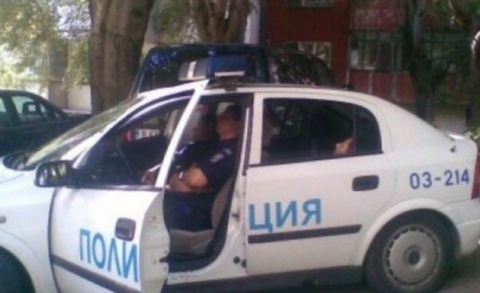 Maximov took a picture of 3 police officers, apparently asleep in the patrol car, and spread it on social networks and later on TV. Image by offnews.bg

The police spokesperson who publicly insulted a man who dared to take pictures of napping policemen in the Bulgarian city of Varna is yet to be fired, local media have learned.

On Thursday, Bulgarian Prime Minister Boyko Borisov ordered the dismissal of Varna police spokesperson Kalina Pencheva, as she had called a Varna man "a peasant fool" on television.

Earlier this week, Varna police spokesperson Kalina Pencheva commented on the case, telling the Btv private channel that Maximov is "a fool; a peasant fool, who has nothing to do and is bored."

Even though the Prime Minister ordered Pencheva's dismissal, Interior Minister Tsvetan Tsvetanov has now revealed that he would wait for the end of the disciplinary proceedings against her before making a decision.

However, Tsvetanov has described her behavior as "intolerable."