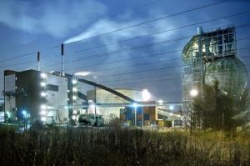 Sweden has run out of garbage and has been forced to import thrash from its other countries, with Bulgaria, Romania, Italy and the Baltic countries considered possible options.

The peculiar news has been prompted by the Nordic country's reliance on waste to heat and to provide electricity to hundreds of thousands of homes through a longstanding waste-for-energy incineration program.

Since recycling is extremely popular in Sweden and only 4% of all waste generated in the country is landfilled, it has been forced to import waste from Norway.

"We have more capacity than the production of waste in Sweden and that is usable for incineration," Catarina Ostlund, a senior advisor for the Swedish Environmental Protection Agency, has explained, as cited by Mother Nature Network.

Ostlund has suggested that Norway might not be the perfect partner for a trash import-export scheme.

"I hope that we instead will get the waste from Italy or from Romania or Bulgaria or the Baltic countries because they landfill a lot in these countries," she has told PRI.

"They don't have any incineration plants or recycling plants, so they need to find a solution for their waste."