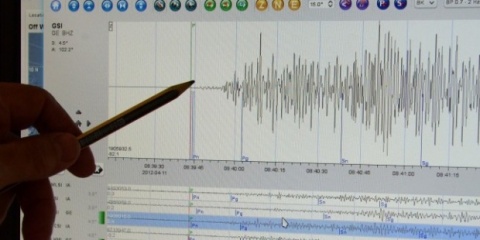 A 5.3-magnitude earthquake hit the Calabria region of southern Italy early on Friday.

The jolt struck at 1.05 a.m. local time in the province of Cosenza at a depth of 3.8 kilometres, according to reports of Italian news agencies.

The epicenter of the quake was six kilometres south east of the town of Mormanno.

The initial quake was followed by around 14 aftershocks.

The police in Mormanno evacuated a local hospital after cracks were found in its structure.

Although there were no reports of injuries after the quake, a 84-year-old victim suffered a heart attack and was dead before the emergency services could reach him.

The jolt caused damages to a number of buildings in the area.