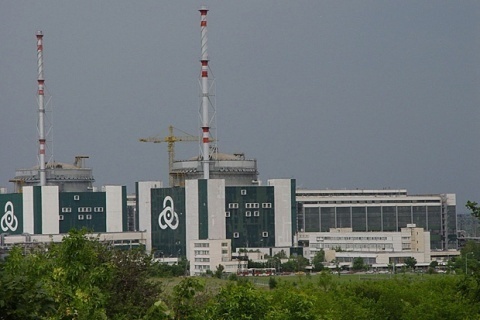 Bulgaria may consider closing its sole existing nuclear power plant, Kozloduy, if Bulgarians vote against the development of nuclear energy in the country in an upcoming referendum, a Russian paper has claimed.

According to dnevnik.bg, the Kommersant daily has noted that Bulgaria's Parliament decided on Wednesday to drop the Bulgarian-Russian Belene nuclear power plant project from the referendum question.

The question approved by Bulgaria's lawmakers was "Should atomic energy be developed in Bulgaria through the building of a new Atomic Plant?"

According to Kommersant, if Bulgarians vote in favor of the development of nuclear energy in the country, Russian energy company Rosatom would be given a chance to renew the construction of Belene, a project abandoned by the centrist-right GERB government.

However, the paper has reminded that the Westinghouse Electric Company, which received a contract to perform a feasibility study on the potential new unit of Kozloduy, would also be given a chance.

In March 2012, GERB scrapped the project to build a second nuclear power lant in the Danube town of Belene, declaring it economically unfeasible. The pro-Belene oppositional  Bulgarian Socialist Party then launched a petition for a referendum on the Russian-Bulgarian project's fate.

The petition's question said:"Should nuclear energy be developed in Bulgaria through the building of a Nuclear Plant at the Belene site?"