Bulgaria Condemns Violence in Libya 1 Year after Liberation from Gaddafi 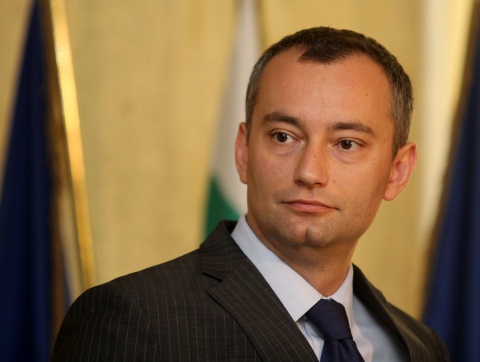 Bulgaria's Foreign Minister Nikolay Mladenov has issued a special statement denouncing the ongoing "extremism and violence" in Libya a year after the country's rebel movement formally declared the "liberation" from the regime of Muammar Gaddafi.

"A year ago, the Libyan people boldly declared their will to build a new free, democratic and economically prosperous country. Libyans decided to take responsibility for their future by rejecting the dictatorship of Colonel Gaddafi, who for decades had oppressed and robbed his own people," Mladenov's statement reminded.

He further noted the difficulties that any society faces on the path to democracy and the rule of law.

"Bulgaria, along with our partners from the EU and NATO, will continue to provide support for Libya's legitimate authorities and society in building a new state and maintaining and developing," Bulgaria's top diplomat said.

"Libya as a single, unitary state. Our own experience shows that overcoming the legacy of dictatorships is difficult and painful. Libyan society must consolidate its efforts to build a truly free media, a pluralistic political system and a functioning economy that safeguards the rights, freedoms and prosperity of all Libyans," Mladenov noted.

According to his statement, Bulgaria fully condemns acts of religious extremism and violence occurring in Libya.

"Now is the time for reconciliation and the building of effective and legitimate state and public institutions, as the Libyan people deserve," the Bulgarian Foreign Minister argued.

Mladenov completes his statement with the so called Libyan HIV Trial in which six Bulgarian medics were sentenced to death by the Gaddafi regime for allegedly infecting Libyan kids with AIDS in a hospital in Benghazi, and spent 8 years in prison (1999-2007), before released to Bulgaria under international pressure, and being exonerated.

"I urge the new Libyan authorities to carry out a fair investigation of the AIDS epidemic in Benghazi, to reveal the true culprits for the tragedy of the Bulgarian nurses and the hundreds of Libyan children infected," the Bulgarian top diplomat said.