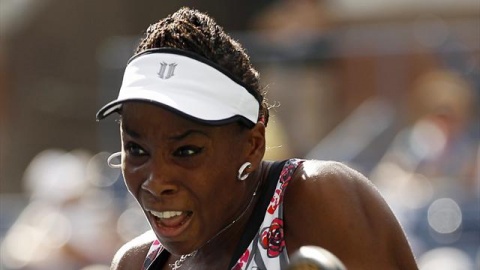 Venus Williams had some successes and disappointments in 2012, but she ended her season with a title - her first in more than two years. Photo by Eurosport

Former world number one, Venus Williams, will not join the upcoming Tournament of Champions in Sofia though she qualified after winning the Luxembourg Open title.

Bulgaria's capital Sofia will host the Tournament of the Champions for the first time October 30-November 4, a chance for tennis fans to enjoy some of the world's elite players.

Venus Williams, 32, will not be able to fly to Sofia because during this period she will be playing together with her sister Serena in Nigeria and South Africa, a planned two-nation African Tour.

The tournament in Sofia will feature eight tennis players, two of whom received a "wild card" - the best Bulgarian female tennis star Tsvetana Pironkova and Russian Maria Kirilenko, who is No. 15 in the rankings.

Caroline Wozniacki, who began this year as Number one in the WTA rankings, confirmed earlier this week that she will take part in The Qatar Airways Tournament of Champions in Sofia.

Nadia Petrova and Roberta Vinci - a pair of WTA veterans who have made career breakthroughs this season – also qualified and confirmed their participation.

Wozniacki will be a group leader due to her high ranking in WTA, currently at No. 11.