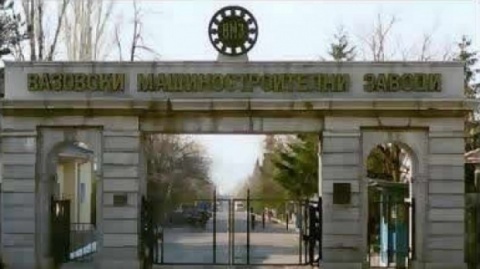 Bulgaria's largest military plant, state-owned VMZ Sopot, has had its accounts blocked by the National Revenue Agency over a debt of about BGN 150 M to the state. File photo

The decision for the strike was approved Monday at the general assembly of workers and trade unions.

The workers at VMZ Sopot want the bank accounts of the plant to be unblocked.

The accounts of the state-owned military industrial plant were blocked by the National Revenue Agency (NRA) one week ago because of its debts to the state of about BGN 150 M.

The frozen accounts of the military plant have left some employees without a job because the orders cannot be executed as the plant is unable to buy essential supporting materials for the production.

The workers of the troubled arms producer are still expecting their salaries for August and two advance payments.

Tuesday's protest has been scheduled for 12.20 a.m. – 13.20 a.m., but the employees of the military plant have expressed readiness to continue the strike until their demands are satisfied.

According to representatives of the trade unions at the plant, the protest may even escalate into a road block of the east-west road running through Central Bulgaria.

A tender is underway for the privatization of VMZ Sopot.