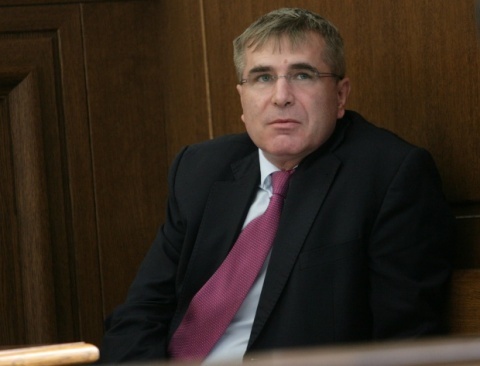 At the end of May, 2012, energy tycoon Hristo Kovachki was cleared of tax evasion to the tune of BGN 16.7 M by the Sofia Appellate Court. Photo by BGNES

The prosecutors in the tax evasion case against Bulgarian energy tycoon Hristo Kovachki has asked for it to be returned for retrial.

The prosecutors have logged the request to have a lower instance reexamining the case with the Supreme Court of Cassations.

The supreme magistrates must rule within the one-month deadline.

At the end of May 2102, the Sofia Appellate Court (SAC) acquitted Kovachki of tax evasion to the tune of BGN 16.7 M.

This decision of the SAC revoked the 3-year suspended sentence with five years of probation imposed by the Sofia City Court on April 14, 2011 for crimes against the tax system.

SAC's verdict was not final thus the appeal before the Supreme Court of Cassation (VKS).

In the beginning of 2012, it emerged that Bulgaria's Ministry of Energy, Economy and Tourism had filed a total of six lawsuits against companies in which Kovachki is involved.

Three of the lawsuits were terminated after the debtors paid the concession fees.

Coal mining company Vagledobiv Bobov Dol EOOD was sentenced by the first-instance court to pay BGN 192 000 and has partially settled its debt.

Cherno More – Burgas Mine AD was sentenced by the first-instance court to pay BGN 571 000 plus court expenses but the decision is being appealed by the concessionaire.