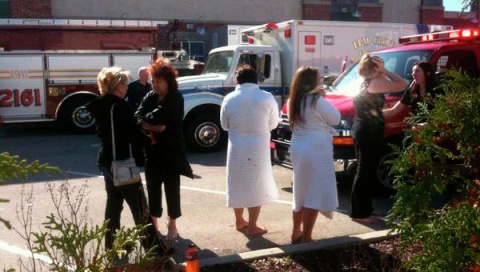 Three people have been killed and four wounded in a shooting in the US state of Wisconsin. Photo by RIA Novosti/Reuters

A gunman opened fire at a beauty salon in in Brookfield, Wisconsin, killing three people and wounding four others.

The suspect, identified as Radcliffe Haughton, 45, was later found dead at the scene with a self-inflicted gunshot wound, police said, as cited by international media.

The incident was reportedly caused by a domestic dispute.

Haughton had been placed under a restraining order and directed to surrender his firearms to local authorities this month in connection with a domestic abuse case involving his wife.