Obama, Romney to Clash on Foreign Policy in Final Debate 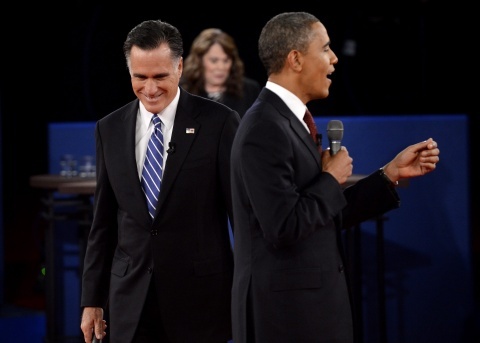 Incumbent US President Barack Obama and GOP candidate Mitt Romney are to face each other in their final presidential debate, focusing on foreign policy.

The debate will take place at Lynn University in Boca Raton, Florida.

Moderator Bob Schieffer has selected six foreign policy issues for the debate: "America's role in the world," "Afghanistan and Pakistan," "Israel and Iran," "The Changing Middle East and the New Face of Terrorism" (Parts I and II) and "The Rise of China and Tomorrow's World."

On Sunday, a new NBC News/Wall Street Journal poll found the candidates tied, each with 47% of likely voters, The Washington Post informs. Before the debates began, Obama led the same poll by three points.