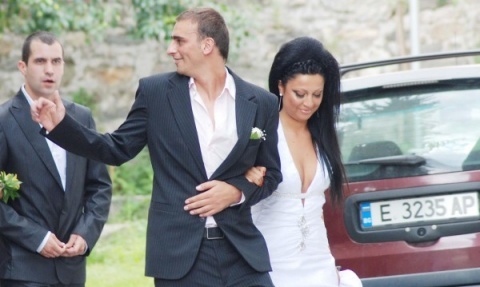 Asen Berbatov, the younger brother of star Bulgarian football player Dimitar Berbatov, who was arrested for cocaine possession and later released on bail, is going to check in a rehab clinic in London.

The news was reported Saturday by the online news agency Cross.bg, citing the newspaper "Vseki Den" (Every Day).

According to unnamed sources from the family, the treatment has been imposed as condition by the older Berbatov, Dimitar.

"Vseki Den" further writes that the Fullham striker is avoiding his brother over his drug addiction of which he had been aware for quite a while, and blames Asen's wife Dimitrichka for the troubles since she had been a known drug addict in their native, southwestern city of Blagoevgrad.

Asen is to start the treatment in London at the beginning of next year. Meanwhile, he will have to undergo cocaine and other drugs tests weekly with Dimitar hiring a doctor to take the samples.

Asen Berbatov was detained at the beginning of October after police chased the car he was riding in, with Nikolay Borisov behind the wheel, on a road close to the southwestern city of Kyustendil.

The police found the cocaine hidden inside a child seat in the car. The wife Dimitrichka was not in it.

The younger Berbatov and the driver, Nikolay Borisov, who was also arrested, were released on bail one day later.

Velichka Shopova, Head of the Regional Prosecutor's Office in the southwestern town of Dupnitsa, grounded the decision on the fact the two have no criminal records.

It is presumed that Berbatov has hired Borisov to drive over the pending pre-trial proceedings against him for driving without a license. Borisov tested positive for illegal drugs, but Asen's results were negative.

On April 22, the local police searched Berbatov's house and found the cash register, used as POS terminal, and evidence of some suspicious credit card payments.