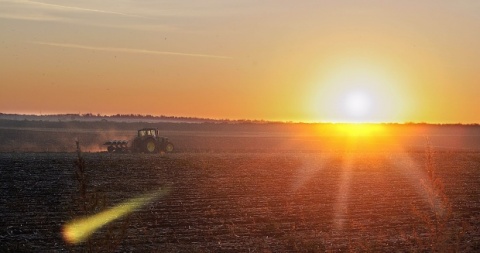 Wheat is the most popular crop among Bulgarian farmers. Photo by BGNES

Bulgarian agricultural producers have sowed wheat on more than double the amount of land with wheat from last year, according to data of the Agriculture Ministry's regional directorates.

The Agriculture Ministry has reported that Bulgarian farmers have harvested 97% of the acreage they planted with corn for a total output of 1.6 million metric tons, averaging 374 kg per decare.

Bulgaria's sunflower harvest has been completed at 99.4%, with a total output of 1.36 million metric tons.

The wheat, which was harvested in the summer, and is the most popular grain crop in Bulgaria, saw an yield of almost 4 million tons, a slight decrease from last year's.