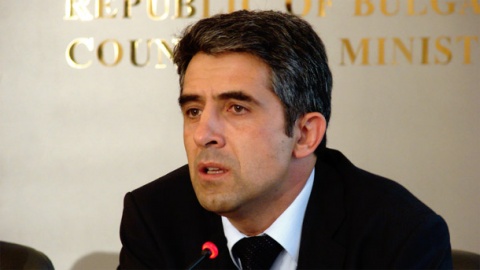 President Rosen Plevneliev, who is on a two-day working visit to Bavaria, has sought to advertise Bulgaria as an investment destination to local business representatives. Photo by dariknews.bg

Bulgarian President Rosen Plevneliev, who is on a two-day working visit to Bavaria, has sought to underscore the favorable investment environment in the country to local business representatives.

Plevneliev opened Thursday a round table on the investment climate in Bulgaria, according to a media statement of the President's Office.

During the forum it was announced that nearly 1000 Bavarian companies with 256 offices and representations were functioning in Bulgaria and the country was considered an important partner of the German state with substantial market potential.

Plevneliev told forum participants that the crisis provided a range of opportunities for countries like Bulgaria which remained stable and had a long-term development policy with clear priorities.

Bulgaria's head of state informed that the main priorities under the long-term development program of the country were the support for small and medium-sized enterprises, the implementation of the e-government by 2015-2016, and the establishment of hi-tech parks and clusters.

He made clear that some of the legal changes stipulated that the state would cover the social security payments for employees of large-scale investors for two years.

Plevneliev added that Bulgaria also offered grants for staff training, fast-track administrative service, and an opportunity to provide supporting infrastructure worth up to 20% of the total value of the investment.

He further noted that there were favorable conditions for organic farming in the country.

Bulgaria's head of state informed that the country was also working to optimize water resources management, adding that the potential of the sector could be successfully developed with the support of EU structural instruments.

He concluded that it was politicians who had to create the preconditions for sustainable development, find solutions, achieve results, and increase confidence in the country.

In Bavaria Plevneliev also met with representatives of the BMW Board of Directors.