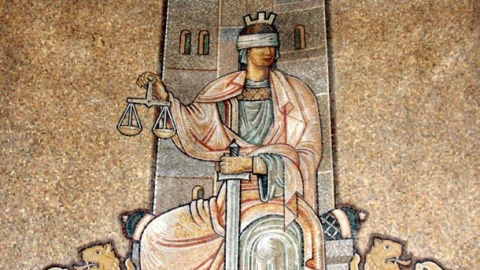 The magistrates also ruled against the obligation of all state and local institutions, as well as the citizens to alert the special criminal asset forfeiture commission about suspected cases of unexplained wealth. File photo

Bulgaria's top court has ruled against key parts of a controversial, but praised by the EU and US bill, authorizing confiscation of illegal assets, which the country's parliament adopted in May.

Under the law Bulgarian authorities will have the right to launch probes and seize unexplained wealth, worth more than BGN 250,000 which has been acquired over the last fifteen years.

The Constitutional Court however attacked that provision and suggested instead a period of ten years.

The magistrates also ruled against the obligation of all state and local institutions, as well as the citizens to alert the special criminal asset forfeiture commission about suspected cases of unexplained wealth.

The law sets out a regime for non-conviction based asset forfeiture – the commission in charge will be entitled to launch proceedings if it can make reasonable assumption that the property is illegally acquired.

The law envisages that the procedure will be launched if the person is indicted with terrorism, participation in an organized criminal group, kidnapping, enticement to prostitution, human trafficking, theft, robbery, embezzlement, unprofitable deal drugs, tax evasion, as well as hiding precious goods, which is usually punished with probation or just a fine.

The opposition slammed the law, saying that they create conditions for persecution and repression of political opponents, while making untouchable the white color criminals who piled up their wealth through privatization deals and administrative crimes.

Interestingly these were not the parts, which the Constitutional Court attacked.