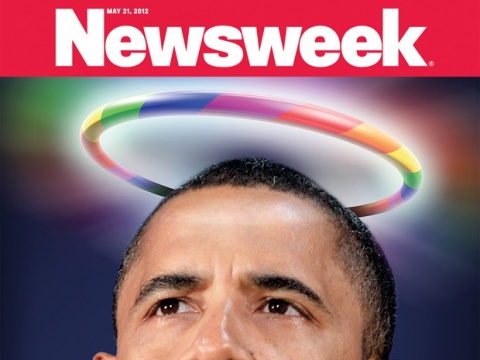 Newsweek magazine announced it is switching in early 2013 to a single worldwide digitial edition that will require a paid subscription.

Newsweek, the second largest US news weekly magazine, behind Time, is about to end its famous 80-year-old print edition.

Amid declining circulation and advertising revenues, the US current affairs magazine is to become an online-only publication.

The last print edition will be on 31 December.

Newsweek merged with the internet news group the Daily Beast two years ago.

The Daily Beast's founder, Tina Brown, said its site now had more than 15 million unique visitors a month, a 70% increase on last year.

She said in a statement: "Exiting print is an extremely difficult moment for all of us who love the romance of print and the unique weekly camaraderie of those hectic hours before the close on Friday night.

"But as we head for the 80th anniversary of Newsweek next year, we must sustain the journalism that gives the magazine its purpose - and embrace the all-digital future.

"This decision is now about the quality of the brand or the journalism - that is as powerful as ever. It is about the challenging economics of print publishing and distribution."

It was sold by the Washington Post Company to Sidney Harman in August 2010, and was merged with the Daily Beast three months later.