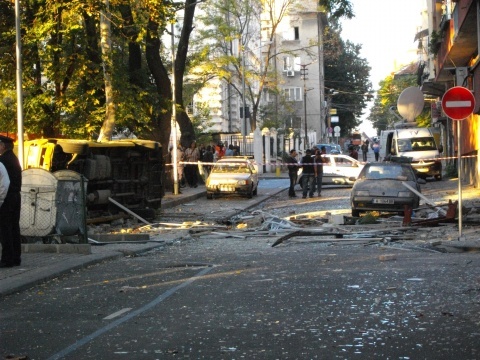 An electrical substation exploded early on Tuesday in Bulgaria's Black Sea city of Burgas, damaging several apartments in a residential building, but leading to no casualties. Photo by BGNES

A total of 2411 Bulgarian electrical substations are located near or within buildings, officials have revealed.

On Tuesday, a power substation exploded in a residential building in Bulgaria's Burgas, severely damaging several apartments. The accident prompted the government to consider banning the placement of power substations in buildings.

EVN Bulgaria hopes to establish what caused the accident as soon as possible, EVN representative Kostadin Velichkov has told the Bulgarian National Television.

EVN employees replaced a safety fuse in a Burgas electrical substation around 1:11 am on Tuesday, as EVN had received a call from local residents that smoke was coming out of it.