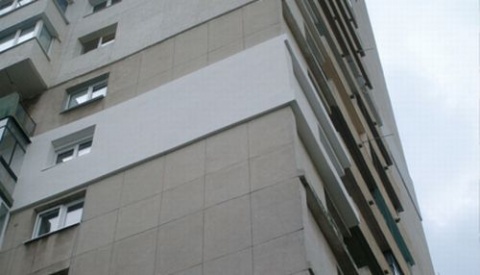 Bulgaria's government is considering the introduction of a ban on the rehabilitation of individual apartments in the country's communist-era residential buildings.

According to Regional Development Minister Lilyana Pavlova, who spoke in Sofia Tuesday, at the launch of an advertising campaign for a project entitled "Energy Renewal of Bulgarian Homes", the rehabilitation of the so called "panel construction" or concrete block construction buildings built before 1990 saves between 40% and 60% of annual energy costs.

The government project provides owners with 50% co-financing for rehabilitation of such homes, she added, explaining that the investment gets returned in 6 to 8 years. The energy efficiency funding comes from EU operational programs.

Pavlova also commented on the already common practice in Bulgarian cities of individual owners rehabilitating their apartments instead of all apartment owners pooling their resources to rehabilitate their entire building, most likely because not all of them could afford to pitch in. The resulting building appearance is often likened to a "patchwork".

"At the end of this or the start of the next [EU funding] programming period, we can suggest legal amendments banning the individual rehabilitation. Because otherwise we will continue to live in "patches", the minister said referring to the way many of the partially rehabilitated apartment buildings in Bulgarian cities look.

She pointed out that the government already does not approve co-funding for partial rehabilitation of communist-era buildings.

"As a whole, the appearance of the buildings in Bulgaria is very bad. Bulgaria is the country with the most energy inefficient buildings and plants [in Europe], Pavlova said.

She said the residents of a total of 28 buildings in Sofia have already sought co-funding for the rehabilitation of their respective building through the government-channeled EU funds.