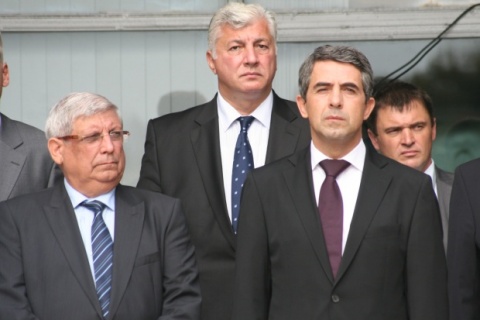 Bulgaria's Defense Minister Anyu Angelov plans to table to the Cabinet by the end of October 2012 the long-anticipated proposal for the purchase of new fighter jets for the Bulgarian Air Force.

This has been made clear by Gen. Angelov who explained that the Cabinet's decision will formalize the plan of the Defense Ministry for the purchase of new fighter jets for the Bulgarian Air Force.

Thus, Angelov will receive a mandate for formal talks with potential suppliers, the Bulgarian Defense Ministry having already had communication with them.

The Defense Minister did explain, however, that the Bulgarian government will hold a tender for the purchase of fighter jets only if it decides to buy new planes.

It is also mulling purchasing second-hand jets in which case that can be done with an intergovernmental agreement.

Bulgaria will most likely choose from among the fighter jets of Swedish company Saab called Gripen, US-made F-16, and Eurofighter Typhoon, after in the spring of 2011, the Defense Ministry surveyed USA, France, Germany, and Sweden for their offers. Bulgaria will probably buy 8 new fighter jets, with 2015, the indicative delivery date, likely to be pushed back by 1-2 years.