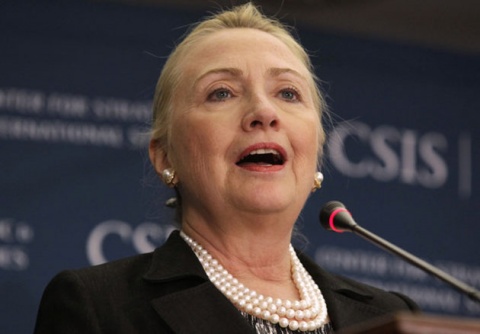 US Secretary of State Hillary Clinton has taken responsibility for the failure to successfully defend against the September 11 attack on the US consulate in Libya's Benghazi.

"I take responsibility," Clinton declared in an interview with CNN.

"I'm in charge of the State Department's 60,000-plus people all over the world, 275 posts. The president and the vice president wouldn't be knowledgeable about specific decisions that are made by security professionals. They're the ones who weigh all of the threats and the risks and the needs and make a considered decision."

She added that an investigation now under way will ultimately determine what happened at the US Consulate in Benghazi, where US Ambassador Christopher Stevens and three other Americans were killed on September 11.

On September 11, an attack on the US consulate in Benghazi, said to be triggered by the film "Innocence of Muslims", killed Ambassador Christopher Stevens, 3 other officers, and several Libyans.