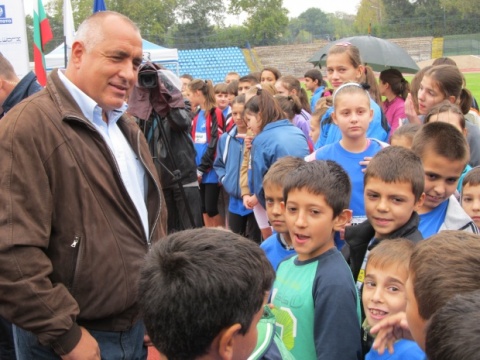 Bulgarian Prime Minister, Boyko Borisov, declared Sunday that the State Budget for 2013 was the best possible.

Speaking from the Black Sea city of Burgas, Borisov outlined culture, education, sports and infrastructure as the priorities of the State for 2013.

In Burgas, he visited the repaired building of the music school, saying the Cabinet "revived this neglected school and gave BGN 1 M just for making the building energy efficient, which will reduce heating cost by 60%.

In the company of Regional Minister, Lilyana Pavlova, and Culture Minister, Vezhdi Rashidov, the PM also opened the repaired building of the Burgas Opera House. The funds for the repairs are estimated at BGN 1.5 M, while for the very first time the building has handicap access.

Later in the afternoon, Borisov will open the refurbished road between the Black sea towns of Ahtopol and Rezovo, with a length of 10 km and BGN 7 M in construction cost.