Putin's Trip to Bulgaria Uncertain, President to Head to Moscow 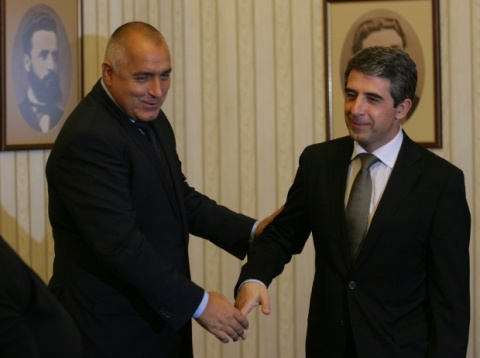 As Russian President, Vladimir Putin's visit to Sofia remains unconfirmed, his Bulgarian counterpart, Rosen Plevneliev, might have to travel to Moscow.

On Friday, Bulgarian Prime Minister, Boyko Borisov, hardened again his stance in threatening Putin with a possible refusal to get involved in the Russian gas pipeline project South Stream.

Borisov, cited by the Bulgarian Pressa (Press) daily, said he would not be part of any negotiations on South Stream in case Putin does not show up in Bulgaria on November 9.

Meanwhile, the Bulgarian Foreign Ministry admits the visit is far from certain.

In mid-September, Borisov publically announced Putin will travel to Bulgaria on November 9, something the Kremlin denied, saying nothing of the sort existed in their President's agenda.

When making the announcement, the Bulgarian PM suggested Putin was facing quite an unpleasant trip to Bulgaria over the increased to EUR 1 B claim of Russia's Atomstroyexport against Bulgaria's National Electric Company, NEK, because of the cancelled Belene Nuclear Power Plant project.

Borisov noted then the documents for the South Stream gas pipeline were to be signed during the November 9 meeting.

Borisov insists he would discuss only with Putin, and no one else, issues of Bulgarian-Russian partnership.

According to diplomatic sources, speaking off-the-record, the two had a verbal agreement Putin will travel to Sofia, without settling on an exact date. The deadline to sign the South Stream agreement is November 15th, thus the said visit must materialize before that date.

In case Putin does not show up, Plevneliev will most likely travel to Moscow.

The contract for the construction of the 2000-MW Belene NPP was signed in 2006 with Russian state company Atomstroyexport, a subsidiary of Rosatom, by the coalition Three-Way Coalition Cabinet of Socialist PM Sergey Stanishev.

The case of Bulgaria having to reimburse Atomstroyexport for scrapping plans to build a second Nuclear Power Plant, NPP, in the Danube town of Belene is tried by the International Court of Arbitration in Paris.

Rosatom, a subsidiary of Atomstroyexport, the Russian contractor selected to build the Belene NPP, filed a lawsuit for EUR 58 M against Bulgaria's NEK at the International Court of Arbitration in Paris in the summer of 2011.

In September 2012, Atomstroyexport, cited by the Russian news agency ITAR-TASS, announced that it was upping the claim over the early termination of the project by the Bulgarian government and the expired agreement from November 2006.

Statements of Deputy PM and Finance Minister Simeon Djankov that "if needed Bulgaria will once again spank the Russians," added to the tensions. Djankov labeled the claim non-sense, voicing certainty it would end up being rejected.