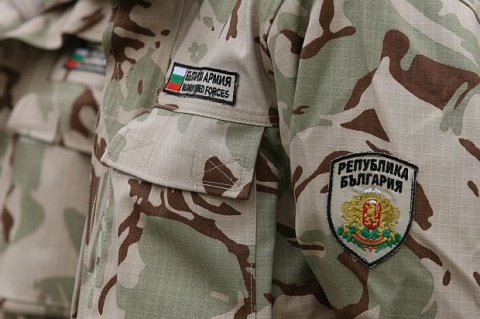 Currently, officers in the Bulgarian army can retire after 27 years of service. File photo by Sofia Photo Agency

Bulgarian military are holding Sunday a national procession under the motto "For Bulgaria, for the Bulgarian Army."

The procession is organized by the Bulgarian Officers' Legion "Rakovski."

At the end of September, the officers declared they are giving up on demands for increased pay in order to keep their benefits. The declaration prompted Defense Minister, Anyu Angelov, to warn them the law bans military protests and servicemen from discussing publically their income as it is part of the national security policy. He even said he would take some to Court over such syndicalist actions.

Also in September, Angelov announces the Defense Ministry has negotiated an 8-10% salary increase for the military with the Finance Ministry.

Angelov's idea is to make possible the increase of salaries in the Bulgarian military by economizing the Defense Ministry's own funds with the introduction of retirement age for the military officers.

Junior officers and sergeants in the Bulgarian military will be retiring at 52, while senior officers – at 54, the minister said. Pilots, paratroopers and special force members will have to retire at 42-44, depending on their exact function.

Currently, officers can retire after 27 years of service.

Another change is reducing paid leave from 40 work days to 40 calendar days.

Officers from "Rakovski" Legion say they have not and would not violate the law, while the goal of the march is to protect the rights of servicemen and unite the army, the police and the public.

The march starts at 11 am from the square near the Alexander Nevsky cathedral.