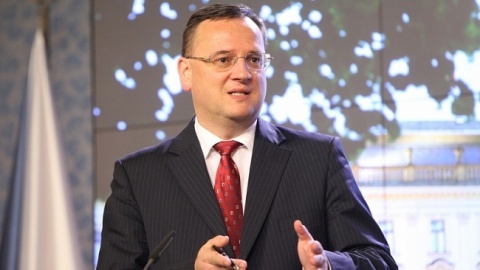 The ruling Czech party has suffered a crushing defeat in Friday and Saturday Senate and local election.

Voters cast ballots to fill one third of the 81 seats in the upper house of parliament, the Senate, giving a lead to the left-wing candidates who scored their best result since the fall of the Communist regime.

With 99% of the ballots counted, the center-right Civic Democrats party of Prime Minister Petar Necas is trailing in the third place with 12.3% of the vote. Social Democrats are first with 23.6%, while the far-left Communist party of the Czech Republic and Moravia is third with 20.4%.

The Civic Democrats' result is half of their achievement in 2008. The Social Democrats also lost positions, compared to the 35.8% in the previous election.

The Communists, hairs of the former Czechoslovak totalitarian rulers, and several small local parties, which won many more seats than four years ago, emerged as the biggest winners.

However, none of the candidates for the 27 Senate seats managed to overcome the needed 50% and run-offs will be held next week.

Political analyzers see the results as voters' punishment of the government for budget cuts aiming at lowering the deficit, and public tender-related corruption scandals.

Necas, who is facing a no-confidence vote and a possible toppling of the cabinet, blamed the losses on austerity measures and voters' tendency to support the opposition in regional ballots.

A fall of the cabinet means early election at the beginning of 2013.