Shots Fired at Obama Campaign Headquarters in Colorado US 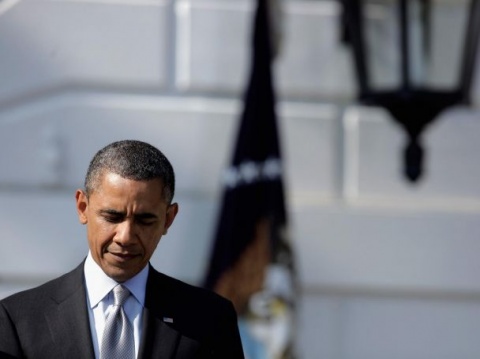 On November 6, incumbent US President, Barack Obama (pictured), will face Republican candidate Mitt Romney in a bid for second term in office. Photo by EPA/BGNES

An unidentified individual has fired shots at a building in Denver, Colorado, housing the campaign headquarters of incumbent US President, Barack Obama.

According to local police, the perpetrator fired from a moving automobile, breaking a window. No one has been injured. Police are probing the case, while people working for Obama's campaign declined comments.

Presidential election in the US is taking place on November 6, where Obama is in a heated race with Republican candidate Mitt Romney with polls showing a very narrow margin between them.