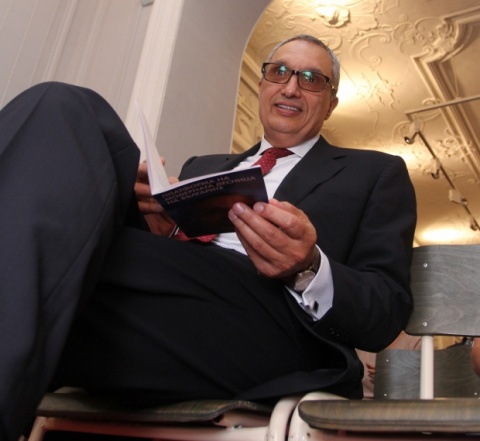 The upcoming referendum on the fate of Bulgaria's Belene Nuclear Power project is a provocation made by the Bulgarian Socialist Party (BSP), according to the right-wing Blue Coalition.

"In our opinion, the referendum is a deliberate provocation made by BSP," Blue Coalition co-chair Martin Dimitrov told reporters on Friday. According to Dimitrov, the left wingers are fully aware that the question they have posed for the referendum is anti-constitutional.

As the Blue Coalition has pointed out on several occasions, the referendum may be declared anti-constitutional, since the Bulgarian Constitution does not allow referendums to be scheduled on the country's financial and budget issues.

The Blue Coalition has noted that decisions on the construction of nuclear power plants should be made by the Council of Ministers, according to the Bulgarian nuclear safety legislation.

On Friday, the other Blue Coalition co-chair, Ivan Kostov, declared that if BSP and the ruling centrist-right GERB schedule a referendum on Belene, the Blue Coalition would ask President Rosen Plevneliev to refer the matter to the Constitutional Court.

The GERB government scrapped the Belene NPP project in March 2012, declaring it economically unfeasible. The pro-Belene BSP then launched a petition for a referendum on the Russian-Bulgarian project's fate.The referendum is expected to take place within the next three months.

Discussions have been renewed recently on the abandoned Belene NPP project, with Rosatom subsidiary Atomstroyexport upping its claim against Bulgaria's National Electricity Co. to EUR 1 B and a mysterious investment fund emerging with an offer to take over the project.