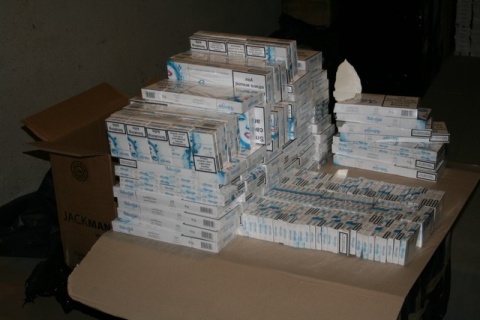 According to a survey conducted by an independent market research agency, sales of illegal cigarettes in Bulgaria shrank to 15.3% by mid-2012. Photo by BGNES

Sales of illegal cigarettes in Bulgaria are estimated at 15.3% of the market by mid-2012, according to a survey conducted by an independent market research agency at the request of tobacco companies.

The results were presented Thursday at a special meeting with Finance Minister Simeon Djankov and Customs Agency head Vanyo Tanov.

The independent market research agency attributes the good results to the government's policy of keeping the excise duty rate unchanged since 2010 and to the efforts of state institutions to curb smuggling.

The researchers suggest that the competent bodies should continue the fight against illegal sales of tobacco products and provide a sustainable environment for the legal business.

Although the share of illegal cigarettes on the Bulgarian market drops by 8% in a year, the share of smuggling in smaller towns and villages and border settlements remains high, with no improvement since 2011, at around 26%.

In cities like Sliven, Haskovo, Pazardzhik, Vidin and Lom, sales of illegal cigarettes amount to 30-35% of the market.

The consumption of illegal cigarettes hits the record level of 90.5% in Svilengrad.

The companies emphasized the importance of ensuring predictability of the business environment and avoiding sudden tax policy changes.

"We do not intent to change the excise rate in 2013. In my opinion, we can reach the levels agreed with the EU through a change in excise duty rate in 2016-2017," Djankov said.

Representatives of tobacco companies argued that the introduction of a long-term schedule for the gradual increase of excise duty had been one of the most efficient measures against illegal trade.

Under the schedule, the excise tax on cigarettes in Bulgaria will increase gradually between 2004 and 2008, by when it must reach the EU minimum of EUR 90 per 1000 cigarettes. .

Customs Agency head Vanyo Tanov said he was pleased with the results indicating a decrease in cigarette smuggling.

He noted that investments were being made in technical equipment to improve the fight against illegal sales of cigarettes.

Tanov added that there was clarity about the next steps that would be taken to do away with cigarette smuggling via railway transport and across the green border.

"Our fight continues and I am positive that the share of smuggled cigarettes will continue to drop steadily in 2013," the Customs Agency Director declared.