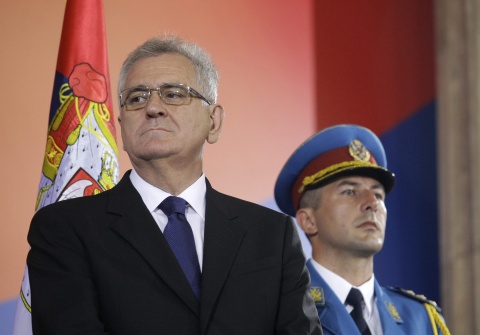 The Srebrenica Massacre does not constitute a genocide and Serbia as a state is moreover not responsible for it, stated Serbian President Tomislav Nikolic.

In a statement published by the Italian daily Corriere della Sera, Nikolic has reaffirmed Serbia's official position on the atrocity.

"There has been no genocide in Srebrenica. Specific individuals from the Serbian people are to bear the guilt for what happened there," said the Serbian President.

"The Serbian Parliament has condemned this crime, but it did not use the word 'genocide'," recalled Nikolic.

According to him, "not a single Serbian" recognizes that a genocide happened in Srebrenica in 1995.

He added that Bosnian Serb leaders Radovan Karadzic and Gen Ratko Mladic, who are currently tried at the Hague, are to be considered innocent before being found otherwise.

"The EU should not be putting any new conditions for Serbia's accession, including the recognition of Kosovo," stated Nikolic.

He explained that should that happen, his country is ready to give up EU membership as a goal.

On the other hand, the Serbian President reaffirmed his readiness for dialogue with Kosovo's leaders in the future.