25 Years in Jail for Bulgaria Most Mysterious Lawyer Murder - Prosecutors 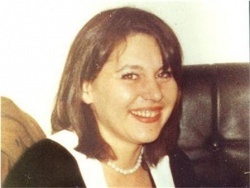 Lawyer Nadezhda Georgieva was killed in her home in Sofia, suffering nine blows from a kitchen cleaver on February 28, 2000. File photo

Bulgarian prosecutors have demanded 25 years imprisonment for the defendants in a mysterious lawyer murder trial, which has stretched over more than a decade already.

"The murder was committed in a particularly cruel and painful for the victim way," prosecutor Milko Momchev told the court on Monday.

Lawyer Nadezhda Georgieva was killed in her home in Sofia, suffering nine blows from a kitchen cleaver on February 28, 2000.

The lack of progress in the legal proceedings so far has been attributed to the authorities' failure to bring back to Bulgaria one of the defendants - Dimitrinka Kalajdzhieva, a former prosecutor's secretary, who has run into hiding in Great Britain shortly after the murder.

Iliya Nikolov aka the Nut took the witness stand at the end of last year only to back the widely floated version that Nikola Filchev, Bulgaria's controversial and erratic former senior prosecutor, has masterminded the gruesome murder of Nadezhda Georgieva.

Nikolov once shared a cell with Plamen Kalajdzhiev, one of the defendants in the trial, whom he cites as the source of his information.