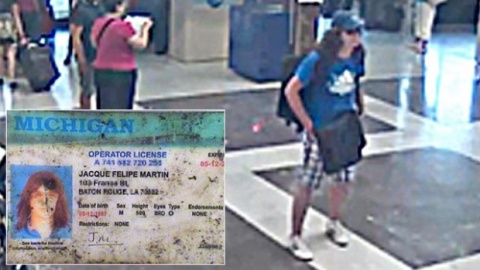 The perpetrator of the terror act in Bulgaria has been the child of a mixed couple, according to a Bulgarian coroner.

Coroner, Dr. Galina Mileva, who is also a Member of the Parliament from the ruling center-right Citizens for European Development of Bulgaria party, GERB, has done the autopsy of the attacker's body.

The July 18 bus bombing killed five Israeli tourists and a Bulgarian bus driver at the Sarafovo airport in the Bulgarian Black Sea city of Burgas.

Mileva further says, most likely, the man had not been involved in any such acts prior to the one in Burgas and for this reason never entered the databases of different secret services, making the investigation and the identification more difficult.

One week ago, the Bulgarian 24 Chasa (24 Hours) daily wrote they have has gained access to an interview of radical Salafite militant leader Omar Bakri, who has allegedly recognized the suspect.

"When I learned that they are linking this man to my people, I called my brothers in Great Britain to ask who the man in question is. They said it was a boy known as Abu Ahmed," Omar Bakri has told "the Center for Middle Eastern Studies," according to 24 Chassa.

Ghezali also emerged as a suspect soon after the July 18 bus bombing, but these claims were quickly rejected as well.

Mileva now says anthropology experts from Bulgaria and abroad are likely to be involved in the identification process.

The head of the attacker is still in the Burgas hospital morgue.

"Until the conclusion of the probe, all evidence is being kept where it should be kept. From this point on, the head investigator will order what needs to be done, but I am almost certain we still have long work ahead of us," the doctor says, adding the man had mixed Arabic-European features.

According to observers and terror experts the perpetrator has been used as a mule.

Israeli media wrote that the young man with light complexion and blue eyes had been blown remotely, while standing between two coaches with Israeli tourists. He had been unaware that he was going to die and had the task to put the explosive on one of the buses. The bomb was placed in his backpack.

Remains recovered from the scene of the fatal attack were used to create an image showing his possible appearance as part of an appeal for public assistance in identifying him.