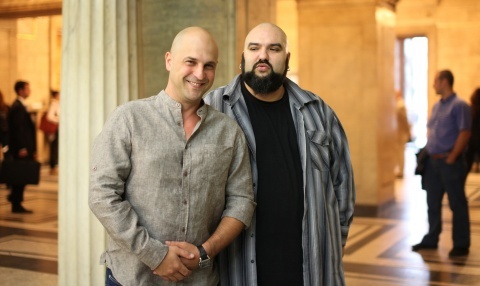 Svetoslav Viktov, former lead vocal of Bulgarian rock band Hipodil and presidential runner at the October 23 2011 elections has decided to challenge all political parties in Bulgaria at the 2013 general vote.

Vitkov has announced on his official Facebook page "Vitkov for President" plans to establish the "Glas Naroden" party (Voice of the People) and has published there the Founding Declaration of the future political formation. The official founding date is being kept a secret for the time being.

After presidential candidate Vitkov, whose current band is called The Legends, and his running mate Ventsislav Mitsov, ranked 8th among 18 tickets at the October 23 elections, the rock star said that this was only the beginning and that he would start to participate more actively in social and political life in the country.

Vitkov-Mitsov were supported by a total of 54 125 voters at the first round of Bulgaria's "2 in 1" presidential and local elections, outshining by far many other way-more seasoned hopefuls.

The musician now says the new party will be center-right and will run solo at the 2013 general elections without entering any coalitions to score parliamentary seats.

The party is already open for new members via Facebook. By Monday afternoon, Vitkov's page there had 18 257 likes, the new party's declaration, published Saturday, had 459 likes and 165 shares.

In addition to being a musician, Vitkov has graduated from the Mathematics High School, the University for National and World Economy in Sofia, and has a black belt in karate.