No Highway Takes Bulgarian Education to The Times' Top 400 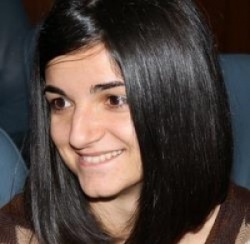 It was a slap for Bulgaria that none of its 52 universities made it into the 2012 Times’ Top 400 ranking.

In fact, that's neither new, nor surprising – Bulgaria didn't make the Top 400 Universities List the previous years, either

The University of Wyoming, ranked 400th, for example, is a recognized research institution educating 13 000 students from 90 countries.

The world's top universities attract students from around the globe, compete for the best faculty, and spend enormous funds on scientific research.

One can now get from anywhere to Sofia University, Bulgaria's top university, thanks to the new lines of the Sofia Metro, Bulgarian PM Boyko Boriosov told students in his start of the academic year address.

That is hardly the case but what really matters is that no infrastructure can take Bulgarian education to world-quality standards.

Education should be the No.1 priority but Bulgaria, the poorest EU member, spends only 3,2% of its GDP for it, the EU27 average being 4-6%.

Moreover, polls show 2/3 of Bulgarians would like their children to study abroad.

It seems the clich? says it all – the highways of Bulgarian education lead to Sofia Airport.