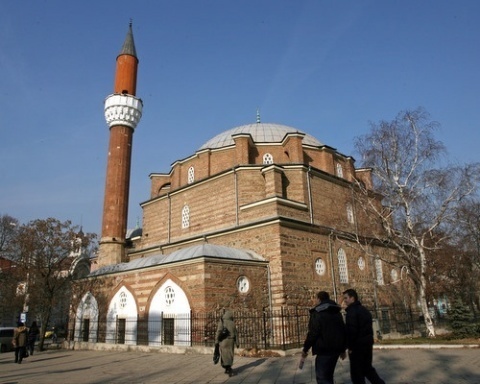 The latest crime in Bulgaria's capital was committed near the famous Banya Bashi mosque in downtown Sofia. Photo by BGNES

A man has been shot with a gas pistol in downtown Sofia late Thursday night.

The Sofia Directorate of the Interior Ministry reported Friday that the man has been identified as Sergey Iliev, 41. The incident happened slightly before midnight in the park behind the Banya Bashi mosque, in the very heart of Bulgaria's capital.

The bullet grazed the victim in the face. He was treated at the emergency Pirogov hospital and later released.

Iliev had refused to collaborate with the police and to provide any information on what exactly happened and who had shot him.

He has a long record for robberies and other crimes. He was spotted by a police patrol when the officers on duty saw his face bleeding.