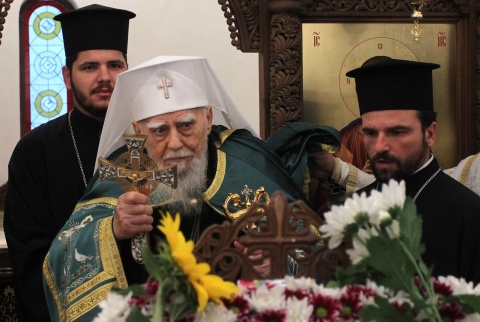 Bulgarian Christian Orthodox Church Patriarch Maxim has left the Lozenets Hospital, where he was for a second prolonged treatment during 2012.

Patriarch Maxim was hospitalized in early August and left the hospital for a short stint at Dormition of Mary (August 15), with doctors requesting him to return promptly.

In early September doctors at Lozenets Hospital head informed that the head of the Bulgarian Orthodox Church is in a much better condition.