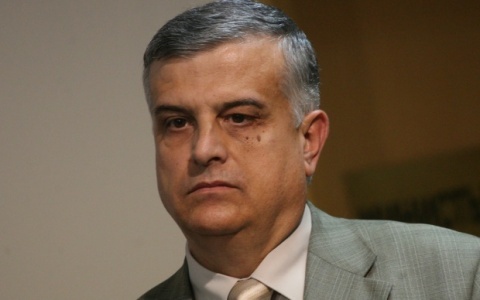 German company RWE left Bulgaria's Belene Nuclear Power Plant project back in 2009 because of the lack of financing and an EPC contract for the project, according to a Bulgarian official.

During the 16-month negotiations between RWC and Bulgaria's National Electricity Company, the two parties could not sign a contract with the executor of the project, Russian company Atomstroyexport,  and find a clear financing structure, according to Mihail Andonov, head of the Bulgarian Energy Holding.

Andonov spoke at a press conference on Wednesday on the invitation of Energy and Economy Minister Delyan Dobrev. Earlier, Dobrev was asked by Prime Minister Boyko Borisov to find out why RWE pulled out of the Belene project back in 2009.

Borisov told Dobrev to contact RWE's headquarters and request a written statement on whether the ruling centrist-right GERB "chased it away" from the Belene Nuclear Power Plant project in 2009.

Borisov referred to recent accusations on behalf of left-wing Bulgarian Socialist Party saying it was GERB's fault that RWE left the project.

Dobrev could not reach RWE's headquarters, as October 3 is an official holiday in Germany.

The Belene project was frozen in the fall of 2009 when the previously selected strategic investor, the German company RWE, which was supposed to provide EUR 2 B in exchange for a 49% stake, pulled out.

According to WikiLeaks cables that surfaced at the end of 2010, the German company abandoned plans to participate in the construction of a 2000MW nuclear plant in the Bulgarian Danube town of Belene after realizing that working with Russian and Bulgarian companies in the energy sector is a 'poisonous combination' for European investment."

The Bulgarian government scrapped the Belene NPP project earlier in 2012, declaring it economically unfeasible. The Bulgarian Socialist Party then launched a petition for a referendum on the Russian-Bulgarian project's fate.

he referendum is expected to take place within the next three months.

Discussions have been renewed recently on the abandoned Belene NPP project, with Rosatom subsidiary Atomstroyexport upping its claim against Bulgaria's National Electricity Co. to EUR 1 B and a mysterious investment fund emerging with an offer to take over the project.