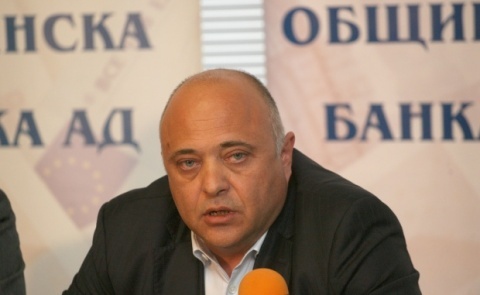 The Sofia Municipal Council voted Tuesday during an emergency meeting to increase its stake in Municipal Bank from 67% to 75%.

The decision was passed by 41 votes for and 2 abstained.

The Municipal Council is a majority stakeholder, while the minority one is notorious businessman and energy mogul, Hristo Kovachki, whose stake now is down to 23%.

The proposal was made by Sofia municipal councilor from the ruling Bulgarian center right party Citizens for European Development of Bulgaria, GERB, Orlin Aleksiev, and the Deputy Mayor for Finances, Doncho Barbalov.

At the end of the meeting, Aleksiev commented he was pleased with the outcome, which has returned to Sofia residents the control over the Bank.

Mayor, Yordanka Fandakova, stated she saw its privatization as a future possibility.

An auditing report of Ernst & Young for the period from January 2010 and November 2011 showed that the Sofia Municipal Bank used to work completely in the interest of minority shareholder Kovachki, and the businessman siphoned money from it in order to fund his own political party, LIDER, which was created in 2009 but failed to gain much traction.

Over 20 firms connected with Kovachki got a total of BGN 26 M in credits; the total credit portfolio of the bank is BGN 370 M, and of those 12.5% were loans that were more than 90 days overdue.

The Bulgarian National Bank discovered this problem in 2007 and placed the Sofia Municipal Bank under supervision but the mismanagement continued over the next 5 years, according to the Head of the Bank's Supervisory Board, Stefan Nenov.

Another problem with Kovachki's involvement with the management of the Sofia bank is that the bank bought real estate properties from his companies at much higher prices.

According to the auditors, some of the bank executives were direct accomplices in the abuses. What is more, Kovachki's firms performed all outside services for the bank, which is why the Municipal Bank had some of the highest operational costs in Bulgaria.

In March 2012, Aleksiev announced that the Sofia Municipality was not going to sell the bank because of the unfavorable market but was going to make a non-financial contribution in order to stabilize it.

The City Hall lost their authority over the Bank, established in 1996, during the term of Mayor Stefan Sofiyanski.

In 2004, part of the shareholders were changed through the privatization of municipal companies; resale of their stake at the bank to other companies, and a change of the Bank code i.e. the 2/3 majority.

It became clear shortly after that that Kovachki's businesses have a blocking quota of 27%, which helped him take over control on the Bank, making the majority owner – Sofia City Hall a hostage of its own deposits.

Municipal Bank also intends to get actively involved in retail banking and providing financing to small and medium-sized enterprises.