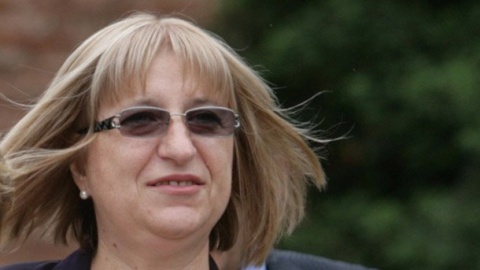 The Speaker of the Bulgarian Parliament, Tsetska Tsacheva, confirmed Tuesday that plans to resuscitate the Belene NPP will be on hold until the results of the referendum on it become known. Photo by BGNES

The decision of the ruling GERB to give a mandate to the Cabinet to hold negotiations with a private investor for the project to build a second NPP in Bulgaria has not been withdrawn from the Parliament.

The information was reported Tuesday for the Bulgarian National Radio, BNR, by the Speaker of the Parliament, Tsetska Tsacheva.

On Monday, the parliamentary group of the Citizens for European Development of Bulgaria party, GERB, declared they will withdraw the earlier decision for the mandate to launch talks to build a Nuclear Power Plant in Bulgaria's Danube town of Belene.

The freeze of the above plan will last until the results of an upcoming referendum, initiated by the opposition Socialists, which was confirmed by Tsacheva, saying there are 500 000 valid signatures for it.

GERB are yet to announce the exact date for debates for the referendum, but Prime Minister, Boyko Borisov, declared he would want a speedy procedure.

The largely unknown US enterprise Global Power Consortium's interest in the construction of the 2000 MW Belene was made public in Sofia last Wednesday by a representative of the entity, Samuel Reddy, who said he had presented an offer to Bulgarian Minister of Economy, Energy, and Tourism Delyan Dobrev.