If Woodward and Bernstein Were Bulgarian: Boyko Borisov and WikiLeaks* 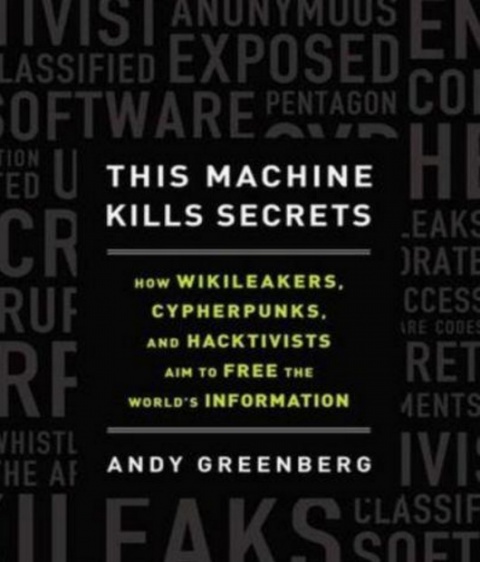 From The Slate Magazine

*Original Title: If Woodward and Bernstein Were Bulgarian

The following is the third of three articles adapted from Andy Greenberg's This Machine Kills Secrets: How WikiLeakers, Cypherpunks, and Hacktivists Aim To Free the World's Information, out now from Dutton. Read the first part here and the second part here.

When Atanas Tchobanov and Assen Yordanov set out to meet Julian Assange, their first hours in England went badly. Yordanov left his laptop in an overhead bin on the airplane and they spent hours trying to retrieve it from the airline.

The Bulgarian pair got lost on the drive from London to Norfolk after Tchobanov's GPS stopped working. And on one of the roundabouts, Tchobanov forgot to drive on the left and caused a minor collision with an oncoming car.

When they finally reached Ellingham, they found the WikiLeaks founder dressed in a gray suit and in a dour mood. He seemed preoccupied, Tchobanov and Yordanov remember, with his legal fate and the financial industry's ongoing blockade choking donations to WikiLeaks.

Assange also worried that the pair, like WikiLeaks' rogue partner Israel Shamir, might redistribute the cables willy-nilly, and had prepared a contract that held them responsible for redacting names of sensitive State Department sources before publishing the cables. It also stipulated that they only access the unredacted files from a computer with no Internet connection.

But the Australian WikiLeaks founder also praised BalkanLeaks, Yordanov and Tchobanov told me. He said he had looked over the submission site's security and approved of its simple rigor. And he seemed to enjoy the homemade rakija that Yordanov had presented him as a gift.

"By the time we opened the second bottle, I knew that he would give us the documents," says Yordanov with a grin. They made arrangements to hand over the Bulgarian embassy files securely, and returned home.

When they accessed the full documents back in Burgas a month later, they found the wealth of scandals they had hoped for. One cable showed that Bulgarian officials in the United States had accumulated parking tickets totaling more than 0,000, so many that the United States had threatened to withhold nearly half a million dollars in aid until they were paid. One cable listed all the Bulgarian banks that engaged in money laundering and corrupt loans.

And then they came upon the greatest prize of all, a cable that dealt with the same subject Yordanov had first tackled 16 years earlier: Boyko Borisov, Bulgaria's prime minister.

It was a 2006 memo from the U.S. ambassador in Sofia, John Beyrle, on the subject of Borisov, predicting his run for the prime minister post and titled "Bulgaria's Most Popular Politician: Great Hopes, Murky Ties."

The cable began by describing Borisov as "implicated in serious criminal activity" and maintaining "close ties to Lukoil and the Russian Embassy." It then tells Borisov's entire life story, starting with his youth as a "neighborhood tough" in a gang on the edges of Sofia, how he founded a private security firm "and built it into one of the biggest in the country at a time when 'private security' was synonymous with extortion and strong-arm tactics," as the cable reads. As chief secretary, he reportedly paid cash for positive press coverage and threatened journalists who criticized him.

Then the cable comes to another section labeled "The Dirt."

Accusations in years past have linked Borisov to oil-siphoning scandals, illegal deals involving LUKoil and major traffic in methamphetamines. ... Borisov is alleged to have used his former position as head of Bulgarian law enforcement to arrange cover for criminal deals, and his common-law wife, Tsvetelina Borislavova, manages a large Bulgarian bank that has been accused of laundering money for organized criminal groups, as well as for Borisov's own illegal trans- actions. Borisov is said to have close social and business ties to influential Mafia figures, including Mladen Mihalev (AKA "Madzho"), and is a former business partner of [organized crime] figure Roumen Nikolov (AKA "the Pasha").

"We should continue to push him in the right direction," the cable concludes. "But never forget who we're dealing with."

If a single document could ever be Bulgaria's Watergate, this was it. And two journalists from a news website that no one had ever heard of were about to publish it.

In December 2010, just as the first rounds of WikiLeaks' State Department Cables were metastasizing around the Internet, I spoke with Evgeny Morozov, a Belarusian academic and writer with a famously pessimistic attitude toward the Internet's ability to democratize global politics. Instead, he believes digital tools have only tightened governments' control over their citizens.

I ask him about WikiLeaks, and whether it might be an exception to his rule. He thinks not. "Information can embarrass governments, but you have to look at the nature of governments as well as the nature of information to measure this embarrassment factor," he answers.

In Russia or China, he specifies, corruption is already an open secret. "Just go and take photos of their villas and the summer houses they buy with their state salaries," he says. "It's already in the open, but exposure by itself in these countries doesn't lead to democratic change."

And what about BalkanLeaks, the Bulgarian site that at that time was just starting to get its hands on some juicy documents? Bulgaria is a subject Morozov knows well: He studied for several years at the American University in Blagoevgrad.

"I don't know what information you could publish to embarrass the Balkans. It's a tough one," he says. "There's an environment that's so suffused with cynicism toward politicians that to me it's hard to imagine what kind of stuff would need to be leaked."

In May 2011, BalkanLeaks put that cynicism to the test. It published the words of the U.S. ambassador that labeled Bulgaria's prime minister a criminal several times over. The news reverberated around the country's blogs and was written up in several newspapers.

And then, as Morozov predicted, very little happened.

In a display of frantic backpedaling, the U.S. embassy in Sofia released a statement backing Borisov. "While we cannot comment on the content of alleged classified materials which may have been leaked, we would like to underscore that the U.S. and Bulgaria share an excellent relationship and that our high level of bilateral cooperation speaks for itself."

Borisov himself angrily told one reporter who asked about his ties to Lukoil that "I do not read WikiLeaks," and "will not comment on yellow press publications."

Soon the usual politics kicked in. The opposition party demanded a probe into the accusations. Borisov's own party emphasized that the report's release was an underhanded move timed to influence local elections. The country's top prosecutor, Boris Velchev, refused to pursue the case. "If we allow an investigation to be opened on mere allegations, can you imagine what country we would be turning into?" he asked rhetorically.

Borisov, it seemed, had emerged with hardly a scratch.

A few months after that miniscandal, I ask Tchobanov if he's satisfied with the results of his leaks. "Yes, I am quite satisfied with the impact," he answers without hesitation. Several judges have been pushed out by various means since BalkanLeaks' reports on bribery and the Masonic lodge, what he sees as internal housecleaning. And since the cable publication on the country's prime minister, Borisov hasn't been invited to meet with any other European leaders one-on-one, he says—they don't want to be seen shaking hands with an "Armani-clad tough guy," as the U.S. ambassador once secretly described him in a memo.

The former minister of defense and two other officials exposed in BalkanLeaks' early wiretapping transcripts have been charged with bribery, and their prosecution is ongoing. Others, like the prosecutor blackmailed by Angel Donchev, and another who pressured a witness to change his testimony in a real estate case, haven't been charged with crimes.

On a larger scale, the leaks may have also contributed to a decision by the Netherlands and Finland to veto Bulgaria's accession to the EU's visa-free Schengen travel zone based on concerns about organized crime—a clear sign from Bulgaria's neighbors that it must clean up its mafia taint.

But didn't Tchobanov hope that the cable about Borisov would lead to his resignation? The soft-spoken Bulgarian asks for patience. He says that the full influence of the report still isn't clear. "It's a slow process. With the Pentagon Papers, nothing happened at first. But eventually there was Watergate," he says. "First they ignore it, they fight it, then they finally accept it as evidence."

"No," Tchobanov responds without looking at me. "Sometimes you lose."

On my last day in Varvara, Tchobanov, Yordanov, and a group of friends invite me to go sailing in the Black Sea on a small boat with "Moby Dick" written on its side in Cyrillic. We drop anchor in a shallow cove with an isolated beach in the distance, populated by only a single tent and a pirate flag planted in the sand.

He points off in the distance to a complex of unfinished four-story buildings on a cliff beside the beach, modern structures with diagonally expanding floors that lean out over the sea, with a round, bare concrete tower at their center.

Yordanov explains that a story he wrote for the newspaper Politika exposed what would have been a luxury apartment development there as illegal construction, part of the series of investigations that eventually led to his being attacked by a group of thugs in Burgas. The news resulted in a government order to halt the construction we're looking at. If not for that story, he says, the beach below would have been developed as private land.

Since Yordanov's expose?, the apartments' massive concrete skeleton has been left to rot. No one is allowed to finish building it, but no one has bothered to remove its carcass either. It stands instead as an enormous concrete Acropolis, a monument to a country caught between its impulse to develop and the corruption it can't escape.

As we climb back into the Moby Dick and sail toward Varvara, the newly constructed ruins loom over us from the cliff face and then recede into the distance.