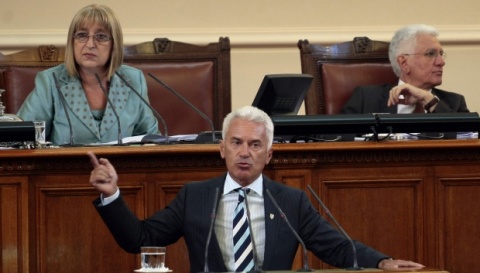 Bulgarian xenophobic party Ataka (Attack) wants the Parliament to pass a moratorium on the construction of mosques in the country.

In a statement sent to the media, the marginal ultra-nationalist formation has reminded that Bulgaria has the highest number of mosques per capita in Europe.

"Let us follow the example of democratic Switzerland, where there is a ban on the construction of new mosques," the party says.

Referring to the "radical Islam" trial recently launched in the town of Pazardzhik, Ataka states that Islamists have been active in the country since 2008.

The party further claims that the ruling centrist-right GERB would "side with Islamism and terrorism" if it does not endorse the moratorium on mosques.

In May 2011, Ataka supporters shocked Bulgaria, as the party's rally protesting against the use of loudspeakers by the Banya Bashi mosque in downtown Sofia got out of hand and its activists assaulted praying Muslims in front of the mosque.