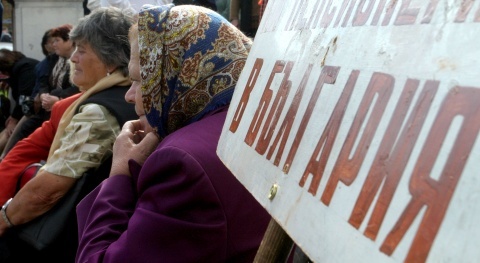 Bulgaria, the youngest member of the European Union, has the most grey-haired demographic picture not only in the bloc, but in the whole world, according to recent surveys. Photo by Sofia Photo Agency

Bulgaria's ruling center-right party GERB and the Cabinet of Prime Minister Boyko Borisov have reiterated their promises to raise the pensions of retirees in the country ahead of the 2013 parliamentary elections.

The promised pension hike will probably come into effect as of April 1, 2013, Finance Minister Simeon Djnakov said on Sunday, while on a visit to a coastal resort near Varna city.

Bulgaria's government is also planning to raise the minimum monthly salary in Bulgaria from the current BGN 290 to BGN 310 as of January 1, 2013.