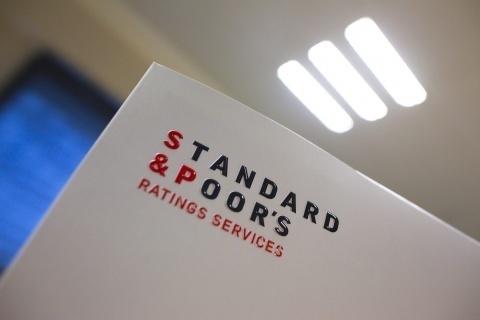 A sign displays the name of Standard & Poor`s financial rating services in its offices in Paris, France, 08 December 2011. EPA/BGNES

Standard & Poor's ratings agency expects Bulgaria's GDP growth to stand at about 0.5% in 2012 and accelerate to 3% after 2013 as recovery in external demand trickles through the economy.

The forecast for 2012 reflects the continued weakness in domestic demand and moderation of previously strong export performance, amid a decline in external demand in particular from the EU, the rating agency said in a statement.

Last month Standard & Poor's raised its short-term foreign and local currency sovereign credit ratings on Bulgaria to 'A-2' from 'A-3' based on its recently adopted methodology.

In their latest statement the analysts of the rating agency praised the Bulgarian government for appropriately addressing budgetary deterioration, despite a deep recession, a relatively high budget deficit in 2009, and slow subsequent economic recovery.

They expect the government to overperform this year's budget deficit target of 1.6% of GDP and to cut the deficit further in the coming years.

As a result, they expect general government debt will be around 17% of GDP in 2012 and decline thereafter.

Considering the sovereign's fiscal reserve--established to cover at least one year of amortization and interest payments--net government debt will reach about 10% of GDP in 2012, according to Standard & Poor's.

The banking sector in Bulgaria appears well capitalized and able to contain the risks represented by the deterioration in asset quality reflected in the nonperforming loan (NPL) ratio of 16.9% at end-June 2012, the agency points out.