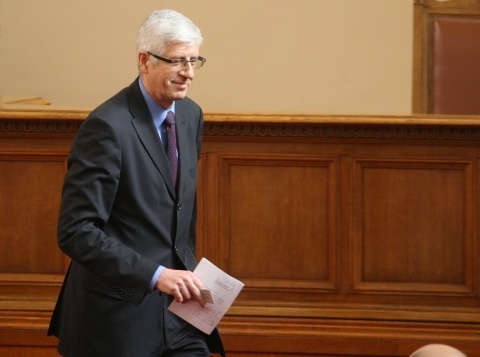 The oppositional Bulgarian Socialist Party is to demand that the parliament cancel its decision to stop the Belene Nuclear Power Plant project, it has been made clear.

The left-wing party has also decided not to support the proposal made by the ruling centrist-right GERB to authorize a government mandate for Economy and Energy Minister Delyan Dovrev to negotiate with the potential Belene investor that emerged on Wednesday.

A largely unknown US enterprise called Global Power Consortium expressed interest Wednesday in building Bulgaria's Belene NPP, the project for a second Bulgarian nuclear plant that was abandoned by the Borisov Cabinet in March 2012.

The interest of the largely unknown US enterprise Global Power Consortium in the construction of the 2000 MW Belene was made public in Sofia by a representative of the entity, Samuel Reddy.

On Thursday, key Bulgarian Socialist Party (BSP) MP Rumen Ovcharov told reporters that he does not know which companies stand behind the unknown consortium.

Another BSP lawmaker, Petar Dimitrov, has claimed that the mysterious investor was deliberately brought by GERB, as the party was "panicked" by BSP's move to initiate a referendum on the fate of Belene.

Dimitrov stated that the government was trying to make the project "100% private."