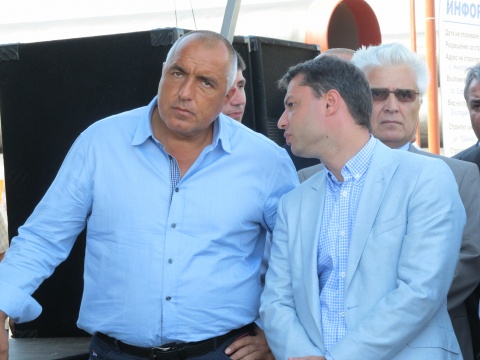 Bulgarian Economy Minister Delyan Dobrev has confirmed that a US enterprise called "Global Power Consortium" has expressed interest in buying the terminated project for the construction of the Belene NPP.

Dobrev commented, however, that for talks to be held with the largely unknown US consortium, the Bulgarian Parliament will need to authorize a government mandate.

"There is an investor that has expressed interest in the Belene NPP project but we need to have a parliamentary mandate for talks, and these talks need to be completed with a final offer that has to be presented then to the Parliament," Dobrev explained, as cited by BGNES.

He did remind that the Bulgarian Parliament has already adopted a decision to give up on the Belene project.

"The mandate for talks must be given with certain limitations – not to be bound in with state or corporate guarantees, or long-term electricity purchase contracts as well as having the investor assume all project spending by NEK (Bulgaria's National Electric Company – editor's note) in order to acquire its assets and liabilities," Dobrev explained.

"If we start talks with this company, we will be asking for guarantees that it has sufficient funding and the capacity to realize such a project in Bulgaria. We terminated the project because the state had no funding to make it happen," he added.

The Bulgarian Economy Minister further noted that there are many NPPs around the world that are 100% privately-owned.

"If we resume the talks with a private investor, this wouldn't mean that we won't form a parliamentary commission to investigate the Belene NPP in order to reveal the truth to the public about how these contracts were made. I don't know whether we can make the contract public if we accept a new offer because it may have to remain between Atomstroyexport and this new company," Dobrev elaborated apparently referring to the claims of the Borisov government that its predecessors signed unfavorable deals with Russia for the Belene plant.

Dobrev did note also that if the Belene NPP project gets realized after all, then Bulgaria most likely will not be building a seventh reactor at the Kozloduy NPP – where it is now planning to install the first of the two reactors built by Atomstroyexport for Belene.

Earlier, Russian state company Atomstroyexport denied a statement of the little known US consortium, Global Power Consortium, which claimed to be in talks with it for taking over the abandoned project for Bulgaria's Belene NPP.