Russia's ASE Denies Having Talks with 'US Consortium' over Belene NPP 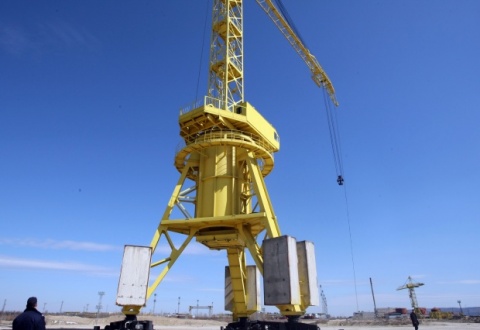 The abandoned construction site of what was to be a 2000 MW NPP near the Danube town of Belene. Photo by BGNES

Russian state company Atomstroyexport has denied a statement of a little known US consortium, Global Power Consortium, which claimed to be in talks with it for taking over the abandoned project for Bulgaria's Belene NPP.

"For the time being, Atomstroyexport isn't holding negotiations over the Belene nuclear power plant," the Russian company said in a statement to the Bulgarian media, reacting to the announcement made by Samuel Reddy, a representative of GPC, in Sofia that his consortium would like to purchase and build the Belene NPP project.

"However, if there is indeed interest on part of a US investor for the purchase of the Belene NPP project, this only comes to confirm that the project is economically feasible, profitable, and absolutely realistic. This is exactly what European energy experts have stated numerous times," Atomstroyexport said Wednesday afternoon, as cited by BGNES.

In this wording, Atomstroyexport apparently referred to the fact that in March 2012 Bulgaria's Borisov Cabinet announced it was ending the Belene NPP, labeling it "economically unfeasible".